Roadside workers face a lot of danger on the roads of Perth. Too many drivers pass by roadside workers in their cars without slowing down and considering their safety. That is why the local government has passed a new “slow down move over” initiative in Perth to protect roadside workers. 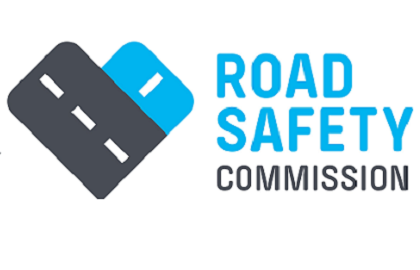 The “slow down move over” law also requires drivers to change lanes or move away from emergency vehicles if there is enough room on the road to do so. If the police see a driver who appears to be willingly disobeying these laws, then it will result in a fine of up to $300. Not only that, but three demerit points will be added to their driving record too. This should be enough of an incentive to make drivers slow down around roadside workers.

However, the enforcement of the law is not so simple. It requires a police officer to witness a driver not slowing down near a roadside worker. Since most police officers do not camp out near roadside work areas, it will likely be difficult to catch every driver who disobeys this law. According to Michelle Roberts, who is the Police and Road Safety Minister in Perth, the cooperation of the motorists is the best way for the new law to be effective.

In 2013, a tow truck driver was struck and killed on the side of the road while he was loading up a stranded vehicle onto his tow truck. Between 2012 and 2017, approximately 43 people were killed in a similar manner because motorists would not slow down. It finally got to the point where city government officials decided to do something about it by passing this new “slow down move over” law.

Perth is a city with a lot of high-speed roads. Someone who becomes stranded or works on the side of the road is in danger because of speeding cars. It is not just standard motorists, road workers, and tow truck drivers who face this danger. You might also have police officers, emergency-service personnel, utility workers, and roadside assistance patrols working in these dangerous areas too. The new law is meant to protect all of them.

Where the Law Applies

The “slow down move over” law does not only apply to Perth. It is actually a state law that is enforceable throughout all of Western Australia. It doesn’t matter which roads the workers are on either. The law is enforced on highways, freeways, state roads, back roads, suburban roads, and so on.

People seem to have a tougher time with the “move over” part of the law than they do with the slow down part of it. When the road has multiple one-way lanes, drivers are expected to move over into the next lane if they see emergency response workers or roadside workers up ahead of them.

Now, if you’re driving on a two-way road, then the “move over” becomes more important than the “slow down.” For instance, if there is only one lane on your side of the two-way road, then you should not slow down and move over into the lane with the oncoming traffic.

That would obviously be more dangerous because you’ll increase your chances of having a front-end collision. What you’ll want to do is move over into the oncoming lane and speed up to get past the roadside workers. As soon as you pass them, move back into your lane before the oncoming traffic comes toward you.

Sometimes both lanes of a two-way road might be affected, especially if there was a major automobile accident. In this case, the vehicles on both sides of the road are required to slow down without moving over. The chances are that police or other emergency personnel would be directing traffic in these incidents. So, you would end up going super slow to the point where moving over is totally unnecessary.

When you see the term “roadside worker,” you probably think of construction workers or utility workers with hard yellow hats on their heads. They are just one category of roadside workers. The other category concerns emergency workers, such as EMTs and police officers.

Roadside workers will usually put out signs on the road to warn drivers that they are about to approach them. This should give drivers plenty of extra time to react to the “slow down move over” law without having to act quickly. The real challenge is when emergency workers appear on the road because there are usually no road signs posted to warn drivers about them.

The best way to recognise emergency workers is to look for the red and blue flashing lights on their vehicles. If you can spot them from afar, then you’ll have time to slow down and change lanes before you get there. Otherwise, do your best to apply the brakes gradually as soon as you see the emergency workers. Do not slam on the brakes because that will cause an accident and get you in more trouble.

You don’t need to worry too much about this law. If you are a careful driver who does not speed and recognises emergency workers quickly, then it shouldn’t be too hard to obey the law.

Just remember to stay calm and accommodate other drivers on the road who are in the same position you are in. If you find yourself in the left lane after you’ve moved over, then let other drivers in the right lane move over in front of you to help them comply with the law. It takes a team effort amongst all the motorists to stay in compliance, after all.